Both teams were very excited and ready to perform in this final in Harrogate. Miss Tobin and the gymnasts 🤸‍♀️  have worked hard over the past few weeks preparing for this competition. Both teams routine, improved massively from the first competition in early January, this was down to the hard work and coaching by Miss Tobin, thank you 🙏. The year 1/2 team were placed 2nd overall and the Y3/4 team placed 5th.

Luckily for us storm Ciara had settled down enough for us to continue with the hockey. It was, however, freezing!

we took 2 teams to represent the school at hockey 🏑. The year 5 team came 2nd in their pool and they Year 6s came 6th in their pool. Both teams played some impressive hockey at times. Well done to both teams.

We took two teams to the hockey tournament at St Aidan’s school.  A very exciting start with the fire alarm going off and 1600 plus pupils descending on the hockey pitches.  Our children could not believe how many there were.  Both teams did very well and played some really good hockey at times.  An outstanding player was Maxwell Hill, who was awesome for all his matches, this was his first ever hockey tournament.

What a fantastic opportunity for the team to play in the level 3 final at York College.  They proudly set off on the bus at 8am to ensure they got to York in time.  They played 5 matches against the other small schools finalists within North Yorkshire. They won 4 and drew 1. One match went to a penalty shoot out, which was very nerve racking and ended up in a sudden death situation.  However, the mixed team came out triumphant as winners of this tournament and are crowned Y5/6 Small Schools Champions of North Yorkshire.  Well done and many congratulations to the players. This does mean now they have an opportunity to go to Newcastle to play in the regional finals.

We took 18 children to this event on the Tuesday afternoon.  They were split into two groups to take part in a carousel of activities which included archery and indoor orienteering.

The very excited teams set off into Harrogate, having waited a long time to play the “beautiful” game.  We took two teams to represent our school in this small schools tournament.  Both teams were outstanding in not only their playing but also their conduct.  Well done to both teams.  Overall one team were the overall winners and are now through to the level 3 final at York University in the Spring term.  Congratulations and good luck in the finals. 👏⚽️

The team were keen to go out and enjoy the rugby at Knaresborough Rugby Club on Thursday afternoon. Luckily for them the day was quite bright and the rain stayed away.  They played some fantastic rugby and played well as a team unit.  Overall they came 2nd in this competition. Well done to you all.

The team played absolutely superbly throughout the whole of the tournament. Mr Coupland said “they were just simply outstanding”. The team came out as overall winners, which now means they are through to the area final in the new year. Congratulations to you all.

They all performed superbly and swam their best races.  Most of the team coming first in their heats and with the fastest times overall.  Those that came second or third, narrowly missing out by a whisker. Overall the team scored 115 points which sees them through to the area final at the Hydro in Harrogate later on this term.  Well done to all of you, what a great start to our 2019-2020 sporting calendar.

What a great way to start a new school year, we have been awarded the school games GOLD award for the 4th consecutive year! I feel very proud of this achievement as it is not any easy thing to achieve.  I would like to make a special thank you to,  Mr Rob Coupland and Mr Oli Richardson for their hard work in helping us to achieve this, I could not have done this without them.

Welcome to the sport of 2018-2019.  Let’s hope we have lots of fun and achieve big things as a school and individually.

What a fabulous afternoon for our penultimate sporting activity of this school year...the whole school rounders. Much better weather than last year, luckily we had a respite from the heat when batting as our safety areas were in the shade.

Great gamemanship, support, help and most importantly FUN as staff, parents/careers and all the children from reception to year 6 took part.  The buzz around the field was superb ensuring it was a memorable afternoon for everyone. 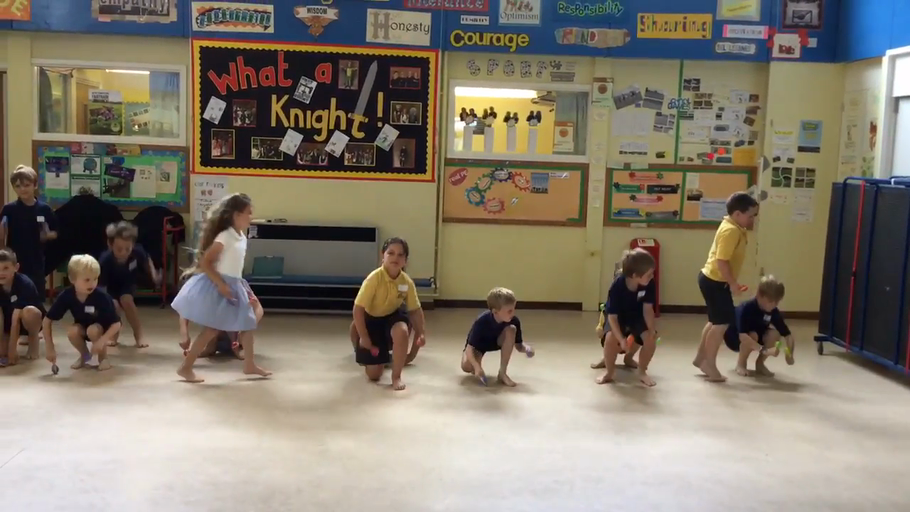 27/6/19 - Hosting the cluster rounders 🥎 tournament for the Ripon area. Thank you 🙏, sunshine 🌞, great afternoon of rounders.

Despite the rainy weather both teams played and competed really well.  They had some expert coaching from Mrs Curtis since the Autumn in preparation for this tournament.

The Year 6 children took part in 2 full days of training about how to ride their bikes safely.  They started in the school playground honing their bike control around cones etc., and then moved onto the roads around Bishop Monkton.  For some of the children this was their first time cycling on a road and they found it quite daunting to begin with but as they got used to it they became more confident.  Over the two days the children worked towards their level 1 and level 2 certificates.

After practising for the last month, both teams set off for the area competition at Ripon Outwood Academy.  All very excited to be finally showing  off their gymnastics skills under the watchful eye of Miss Tobin.  Miss Tobin was very proud of how the children performed and  how they remembered the three routines of Body Managment, Floor excercise and vault.

The year 3/4 team did very well and came 5th and 8th out of 9 teams who competed.  The year 1/2 teams did extremely well, placing Year 1 team 1st and the year 2 team 2nd overall out of 12 teams.  It now means the year 1 and year 2 teams will go through to represent the Ripon area in the final at Harrogate High School on the 13th February. GOOD LUCK. 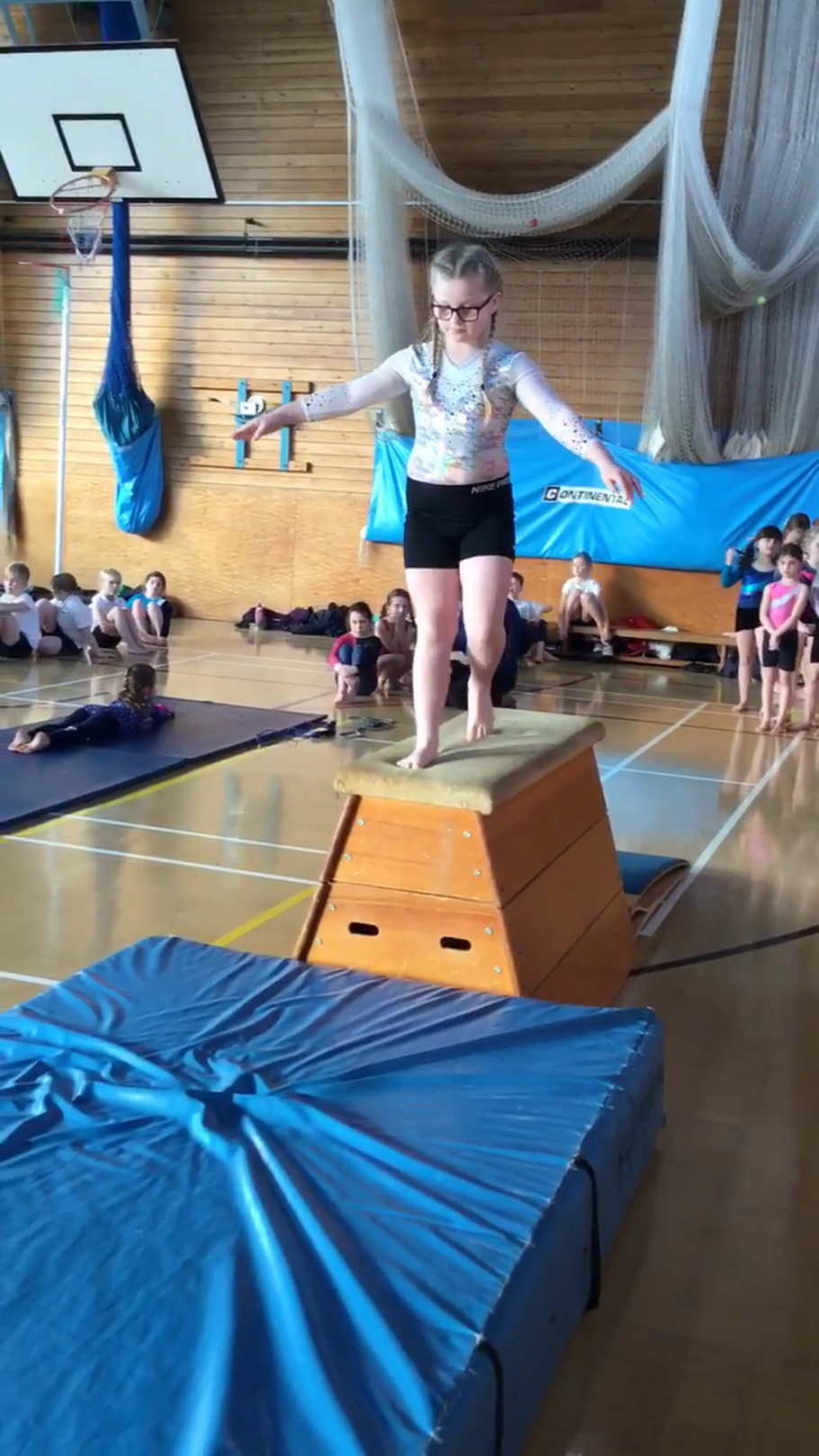 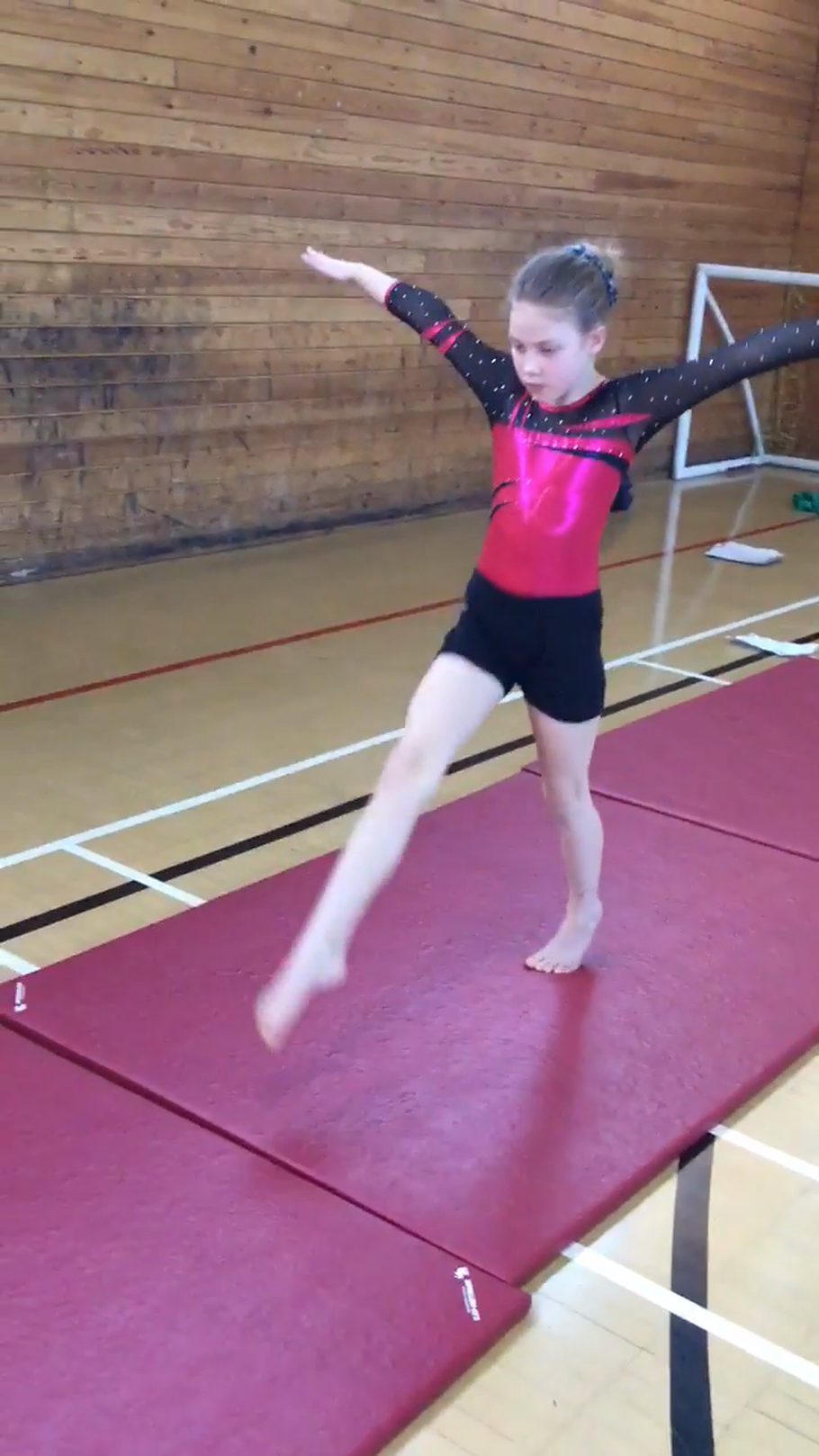 Well done and congratulations to the team on getting this far.  Notable performance from Sam Doderer, well done Sam you were awesome.  The team, again had some decisions go against them, but as Brian Clough once said “it’s a funny ole game”- how right he was.

Many congratulations to the team for getting through to this area final. Unfortunately, on the day we had a depleted team, but the rest of the team rallied around and put on fabulous performances  Finishing 6th overall out of 8 teams, well done to each one of you, you did the school very proud.

What a busy October we have had in regards to sport.  We have got through to the Grand Finals of sportshall athletics and swimming....many congratulations to all that have taken part.

8/10/18- Individuals Cross Country at Harrogate High School, several of the pupils entered this event on the Saturday. A lovely story of one of our pupils stopping to help another child on the way round the course...fantastic.

16/10/18- Grand Final at the Hydro for the swimmers, an impressive 13th out of 16 and what a fantastic experience for them all.

17/10/18- Football held at Harrogate Town, came third in the group stages and 5th overall. The ball just would not go in the back of the net and a penalty wasn’t given...that’s how football goes sometimes. Well done to the team who were all supportive of each other.

YET to come before we break up for half term... Boys football at Rossett High School and the Small Schools Final of sportshall athletics.

Relaxing before the next game at Harrogate Town...

A great day for football with the sun out and a gentle breeze.  The pupils all played superbly as a team and won most of their games against the 6 schools that were there.  Harry Kelly was amazing in goal.  Well done on coming joint 4th in the tournament.

A team of year 4 and 5s set off to take part in the annual swimming gala at Ripon Spa Baths. Could they emulate the year before by winning? YES! they won by 1 point. This means they are now through to the Grand Final at The Hydro Harrogate in October. Well done to the whole team for their outstanding performances.

Archery 20.9.18...unfortunately it was called off half way through because of the torrential rain

Look what we achieved...

Sports Day 17/7/2018...lucky with the weather for our morning of potted sports which saw Yellow House, crowned as champions and a great afternoon of traditional races.

13/7/18, Whole School Rounders. Despite the weather we tried to continue, but eventually had to cancel it. The sun came out and some children came out to have another go.

Congratulations and a massive well done to Louie Wilson, Noah Sullivan, Isobella Hall and Marielle Joussemet for coming a very credible 2nd in the area final at mini tennis at St John Fishers.

For this event we took two teams one year 5 team and one year 4 team. Everyone enjoyed the event and thought it was a great sport to play.  We have now purchased two tri golf sets to use in PE lessons. The teams finished in 1st and 2nd place respectively.

Finally, the netball took place after many postponements due to the bad weather.  Despite the team not being able to practice due to Mrs Curtis injuring her ankle, the teams were very excited and apprehensive about playing.  They did all play well in both teams and finished overall in 4th and 5th place. Well done to all who took part.

Finally, we took part in some sport. It has been slow going because of the snow. Orienteering took place at Outwood, 26/3/18.

After cramming into the busy school day some extra gymnastics sessions for the team, they headed out to Harrogate High School to take part in the area finals.  Both teams were “exceptional “ Miss Tobin said.  Both teams demonstrated the three routines (floor management, body management and vault) with superb execution and flair.  The year 4 team finished in 3rd place overall, so a massive well done and congratulations to them. The year 5/6 team were missing a gymnastics due to an injury, this meant they were down to 4, they scored an impressive 107.4 to claim 4th place but narrowing missed out on third, as the third placed team scored 107.5! The first place team scored 110 points so it was extremely close, well done to the y5/6 team you were magnificent.

A year 4 team and a year 5/6 team went to compete in the gymnastics competition on Monday 5th February.   Both teams had enjoyed their coaching with Mrs Tobin and were excited and keen to take part.  The extra coaching must have paid off as the year 4 team came away as overall winners and the y5//6 team came second.  This now means both teams are through to the area final the first week back after half term.